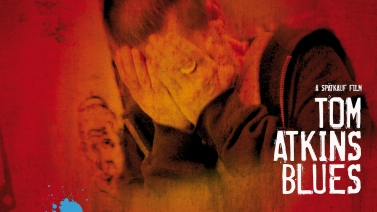 After 10 years our film is still finding new fans and interested parties.

Now Kinoflimmern are streaming the film, both English and German versions.

So wherever you are in the world you can enjoy the film online in full HD!

Check out the Soundtrack

The Featurette “On The Steps” taken from the unused interviews:

An ode to Berlin, community, connection and friendship.

The Spätkauf (Late Night Shop) has been at the heart of Berlin Prenzlauer Berg and an integral part of people’s daily lives for over 13 years. A place to meet and hang out, local bar, grapevine, a place to buy anything you might need out of hours. A place to forget your worries. Where there is always time for the customer. Every night and all day Sunday. With reggae, dub & hip hop playing out of the speakers onto the street.

Tommy, the Englishman, has worked in the Spätkauf for years, selling the wares and dealing with arguing couples, lost tourists, drunken locals, late night discussions, participating in heated basketball games, visiting late night clubs and suffering hangovers. A kaleidoscope of people offering glimpses into their lives, hopes and thoughts, weaving a tapestry of local life.

But over recent years the neighbourhood has vastly changed. Property development, rising rents and the influx of a more affluent class has seen a deterioration in the social network, leaving the shop as the only reminder of a neighbourhood long gone. Now the supermarket has been refurbished and re-opens until midnight every night. With ever dwindling regular customers, the takings have plummeted. The shop is being put out of business. The decision is made to close.

As news spreads, old faces from the past appear, not all of them welcome. Tommy recalls the past, portrays the present and predicts the future with the friends and customers who pass by the shop as they all try to come to terms with the loss of this local institution. Tommy is forced to confront and reflect upon the change and upheaval in his life as well as facing some difficult home truths.

Shot in eleven days on HDV by a team of six, mixing interviews with acted scenes, the film is not only a funny and moving document of the Spätkauf but also a metaphor for the world wide trend of old neighbourhoods dying out as re-development and rising rent prices force people to move on, no longer able to financially compete.